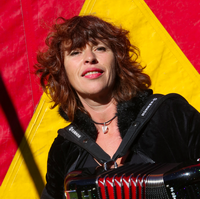 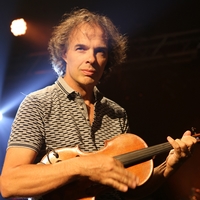 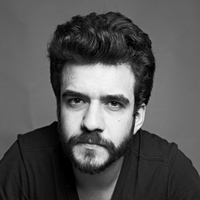 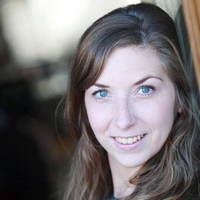 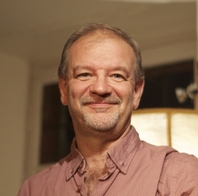 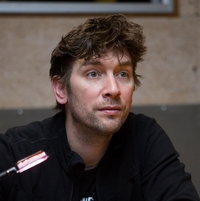 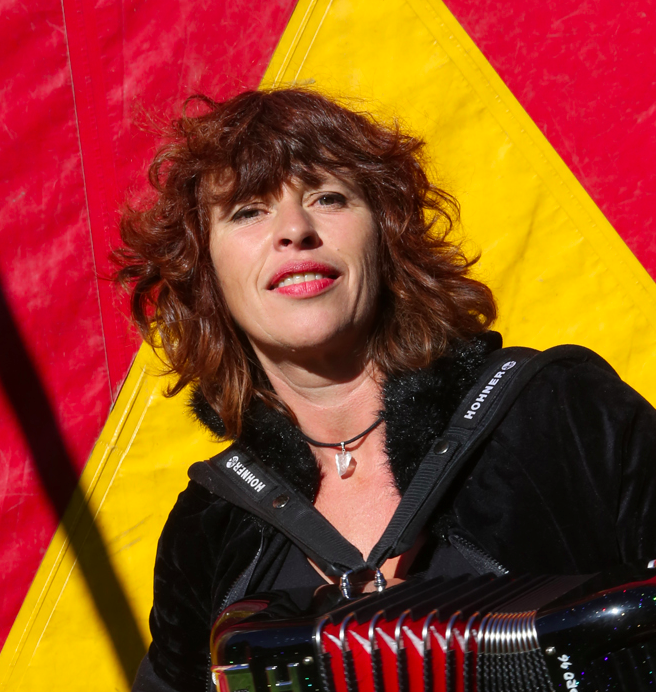 Viviane Arnoux is one of the few french accordionists to have opened the way of her instrument to music from elsewhere. Her eclecticism and originality not only led her to create her own projects, but also led her to rub shoulders with great artists on stages around the world.

Encouraged by a singer mother and an accordionist grandfather, Viviane started the accordion at age 4, then took up the clarinet. At 12, she took her first steps on stage; 2 years later she won a national music theory prize. She reached the final of the Accordion Cup of France at 16.
Given this early success she left her university studies to become a musician, settling in Paris to take courses in improvisation, arrangement and composition with Richard Galliano CIM, then François Théberge at the IACP, through an internship with the National Jazz Orchestra.

At the same time, she taught music, was backed by the Hohner label, experienced the jazz, rock-cajun, Brazilian scenes … She turned to African rhythms when she met Ray Lema and took part in several of his projects.

Hugues Aufray noticed her and invited her to record on his album “Little Troubadour”, a prelude to 16 years of collaboration.

Her career as an interpreter has also allowed her to accompany some big names in haute couture (Jean-Paul Goudes, Yves St-Laurent for the perfume “Paris”), in cinema (“La Promesse de l’Aube” , “Holly Motors”, “My Best Friend”, “Welcome to Les Rozes” the series “Boulevard du Palais”) and to get involved in multidisciplinary projects (Unity Theater, La NEF, L’Eolienne).

Since 2012, Viviane has been composing and recording in her studio for her projects (“Papa Noel et Viviane A”), for the publisher Kapagama / Universal the album (“Retro french Songs 2”) and for Musique Acoustique Machine projects.

François Michaud is a free musician, freed from classical and stereotypical formats of jazz. His audacity, persistence and collective spirit have enabled him to develop projects in which music is reinvented to make it accessible to all.

François is from a family of quebecois globetrotting musicians. He studied at many conservatories in the world : Casablanca, Rabat, Libreville, Quebec, Gatineau. At 13, he fell in love with improvisation and decided, after high school, to settle in France to start his career as a jazz violinist, passionate about the stage and teaching.
He co-founded his first creative acoustic jazz groups like the Cordacor ‘trio (3 albums, 7 years of touring), and the IXI Quartet (2 albums, 8 years of touring), guided by the conviction that the practice of the violin and the viola can flourish in a much broader register than the role of soloist to which it is often relegated. At the same time, he recorded and / or shared the stage with french jazz musicians (Louis Sclavis, Riccardo del Fra, Latcho Drom, Dominique Pifarély, Antoine Hervé, Serge Krief, Didier Petit, Denis Colin, Pablo Cueco, Bruno Girard, François Castiello …).

In the educational field, in addition to leading a 15-day internship for 40 musicians in Yaoundé, and the management of the Loué (Sarthe) music school, François taught in L’Élastique à Musique (Le Mans), CMT (Ris-Orangis), IACP (Paris) and the Club Musical Scriabine (Paris). Since 2004, he has been teaching violin and jazz improvisation at the ATLA school (Paris).

Very sensitive to the “new musette-jazz” movement carried, among others, by Marcel Azzola and Richard Galliano, he developed projects with accordion, first as a duet, then with variable geometry for Musique Acoustique Machine. 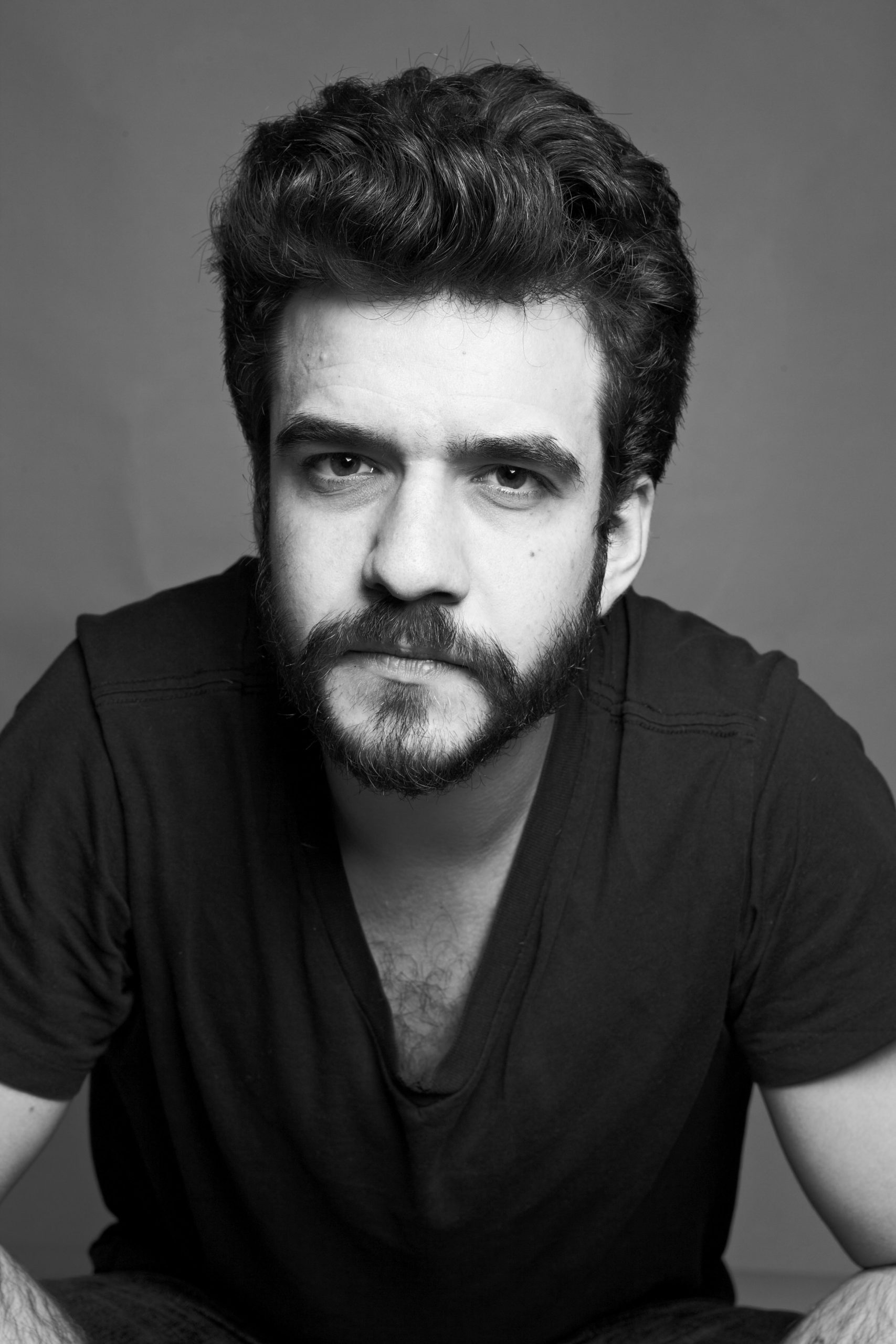 Paul Vignes is a fan of the performing arts and experimentation. His state of mind and approach ensure that he claims the “human beatbox” as a musical instrument, and not as a purely technical discipline.

Since his adolescence Paul has shown a passion for music, theatre and cinema. He discovered the human beatbox approach in 2006 and, since then, he has been involved in promoting this discipline in all its experimental fields.
Trained as a graphic designer, he discovered, in parallel to his graphic art studies, a number of musical instruments (guitar, drums, percussion, ukulele, guimbarde, didgeridoo), learned to sing, do imitations and experimented with various vocal practices (scat, yodle , overtone singing…).

From 2010, he became an facilitator for beatbox workshops in social and school associations, in Paris and its suburbs, while developing his professional human beatbox practice (battles, championships, tours in France and abroad).

His first stage experience was alongside Merlot in a show for young audiences titled “Au fond de la Classe”: a trio of bassophone, guitar, voice and beatbox, that showed that the best parts of a show are not always at the forefront.

In 2012, he joined the international troupe “The Vocapeople”, with which he toured for 3 seasons, and more than 400 shows around the world (Paris, Barcelona, Mexico, Montreal, Saint-Denis de la Réunion, Geneva…).

In 2017, he was a member of the “End of the Game” team that won the french Human Beat Box team championship.

In 2018, he embodied “Hakim” in the musical “L’Arche” at Theatre 13, the opportunity for him to rediscover the pleasure of playing a role on the stage. Nourished by this polymorphic career, he has recently taken pleasure in developing his compositional skills, notably in “Times Box”, with Musique Acoustique Machine, whom he met in 2016. 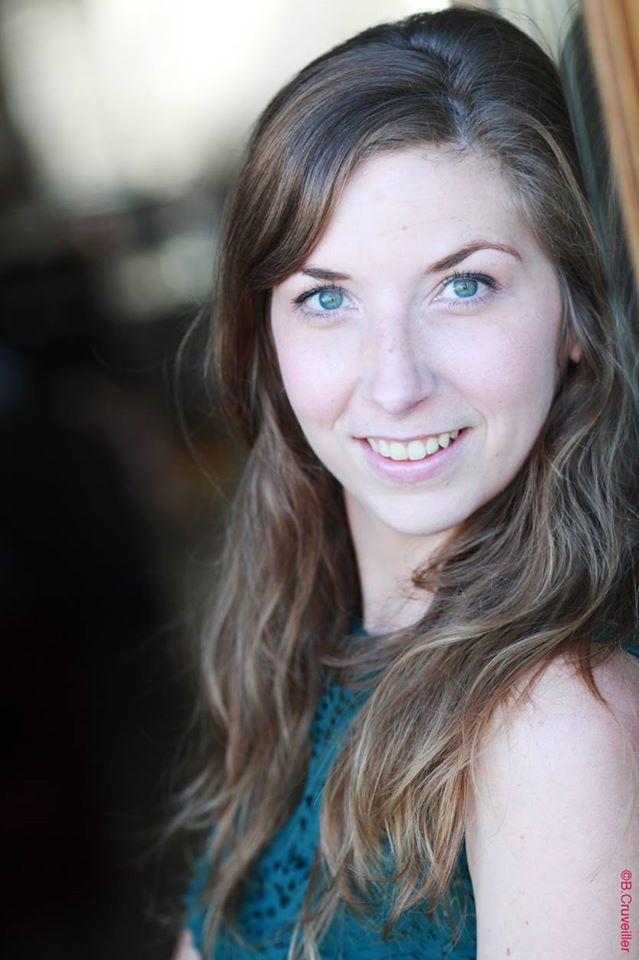 Pauline Borras is a new generation “multidisciplinary” artist, who puts her open-mindedness and her plural knowledge of the performing arts to the service of history and the public. She innovates, shares, and tirelessly feeds on new techniques that she uses to create and participate in multiple artistic adventures.

Pauline created La Compagnie Préfabriquée in 2011 where she developed her poetic and committed universe (“La Fée aux Gros Yeux”, “Danses Arrosées”). The Beauvaisis Theatre hosted her in residence for her projects, then as a director and actress on shows by other companies. At the same time, Pauline developed an educational component in the theatres that hosted her works: objects and movement became her specialties, which she then taught for la scène nationale of Beauvaisis, at the CAL of Clermont-de-l’Oise and at the Faiencerie in Creil, as choreographer for the Danse à l’Ecole project (June 2020). Pauline is very sensitive to the Image that touches the individual, an unforgettable image.

A few years ago, she met Viviane and François, founders of Musique Acoustique Machine. After several meetings, the “La Mélodie des Choses” project was born in a complementary music and moving objects partnership. This work is evolving with workshops and the desire to involve children in taking action against global warming. 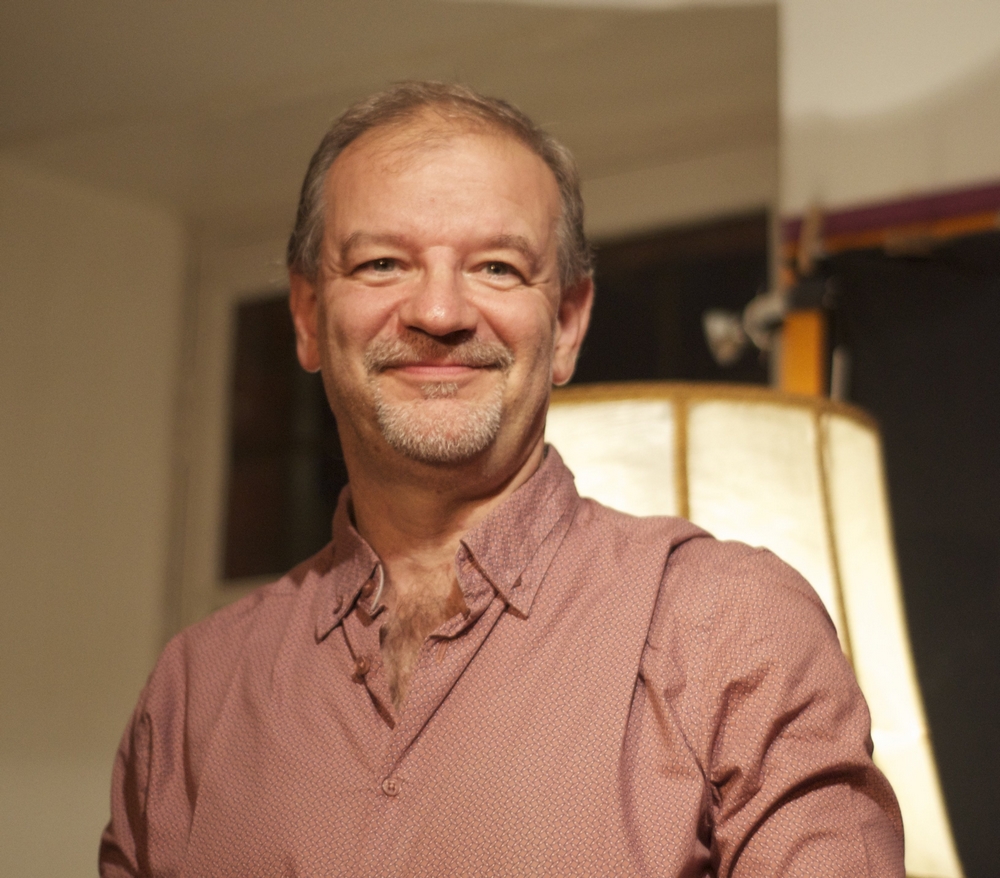 François Parisi is an accordion prodigy. Very young, he received awards of excellence in the competitions in which participated. He was noticed by the masters of his instrument, namely Jo Privat and Marcel Azzola, who took him under their wing and set him off in the professional music world.

Originally trained by Roger Damin, who provided him with dazzling technique, he quickly became passionate about swing-jazz harmony and got involved in composition. He released, under his name, at the young age of 20 y/o, albums featuring stunning waltzes, including one, “Roger, the Venetian”, which is a vibrant tribute to his teacher, whose accordion class in Villejuif he later took over.
His virtuosity has led him to prestigious collaborations with Luciano Pavarotti, Michel Legrand, Woody Allen, Francis Lemarque, Guy Béart, Daniel Colin, Les Primitifs du Futur, Gérard Pierron, Dominique Pifarély, Christophe Lartilleux, Didi Duprat, Rodolphe Raffali, Thomasi… He took part in the recording of the three MAM “Paris-Musette” albums, symbols of the revival of the acoustic musette accordion, and in the international tours that followed.

He is in demand for solo concerts worldwide and also enjoys playing with other musicians in swing standards, tango, waltzes and accordion classics. It was in 1999 that he crossed paths with François Michaud, then with Viviane Arnoux, a prelude to a great collaboration with Musique Acoustique Machine. 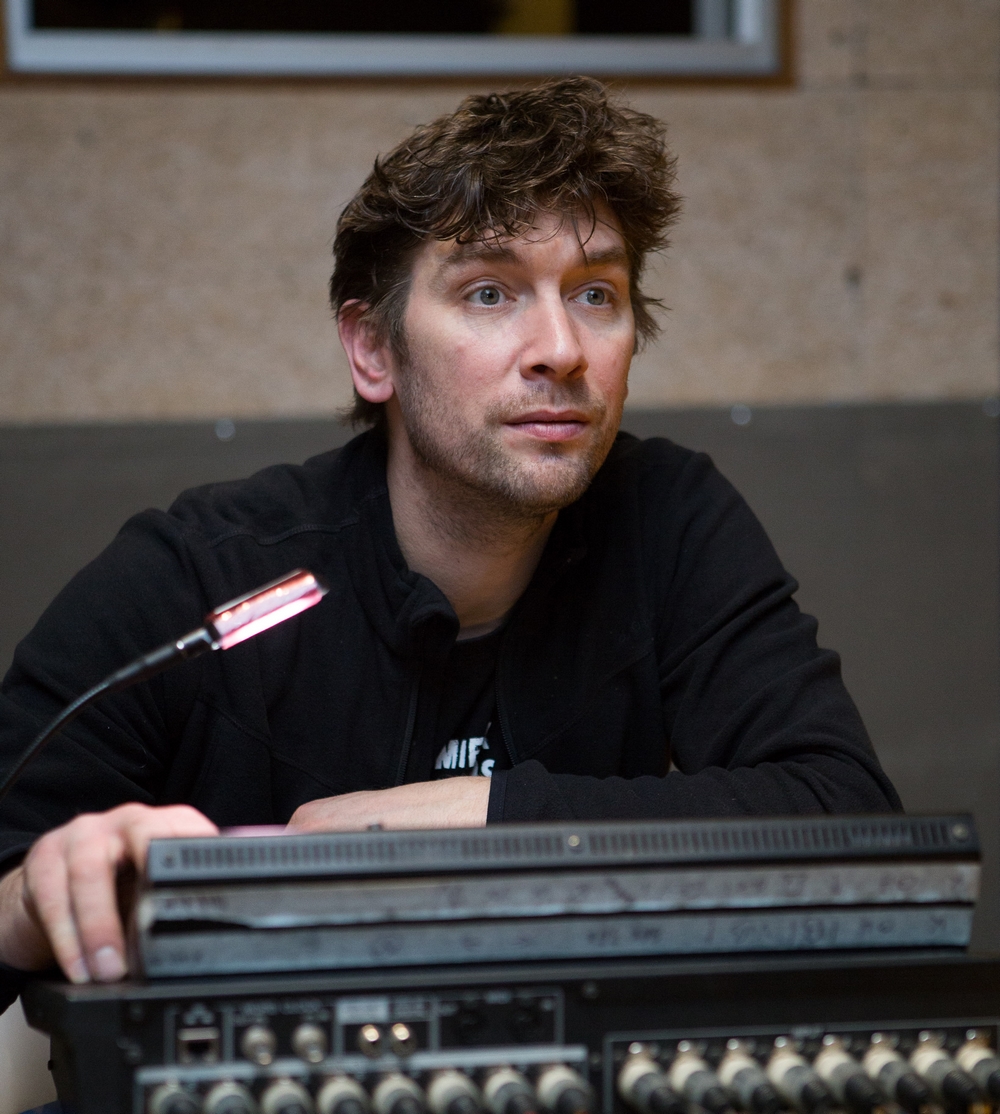 FX came to music through drums and guitar. This talented jack-of-all-trades loves action and challenges. Sensitive and entrepreneurial, FX is a technical artist who has worked on major international stages.

With a science BAC in hand and determined to undertake an adventure in the world of entertainment, he went to Paris.
He quickly landed the job of stage manager at the Guinguette Pirate, after having done sound for a group of friends there and solved recurring technical problems. He spent 4 years in that position and acquired much experience.

Artists appreciate his efficiency, his clairvoyance, his pragmatism and it was a logical next step that he go on tour with Michael Jones, Manau, Nicolas Peyrac, Rue de la Muette, Thomas Pitiot, Tribal Jâze, Mes Aïeux, Alexandre Poulin, Julie Zenatti…

He co-founded the sound-light-video company Sub Impact, based in Bobigny. He also works as a freelancer for major festivals and all kinds of events around the world.

He currently directs the technical cultural services of the city of La Courneuve and has been available for Musique Acoustique Machine shows since 2005.